As far as we know the route for the Kang Yatze II seems to be quite accessible. However, reaching the top of Kang Yatze I is another and especially rather unknown story. Only limited information can be found on the internet, so we tried to contact the persons that did a summit attempt before. Two Indians, Jerry Poten and Karn, were kind enough to provide us with information. This page gives a description on the information we received from them.

July is quite early, so there will be plenty of snow towards the upper reaches.

There are two good spots for the base camp:

Figure 1: picture made by Jerry.

The summit of Kang Yatze 2 can be reached by a snowy slope. No climbing is required, but only a steep hike up to the top. Figure 2 gives an impression on the hike as could be found on the internet. 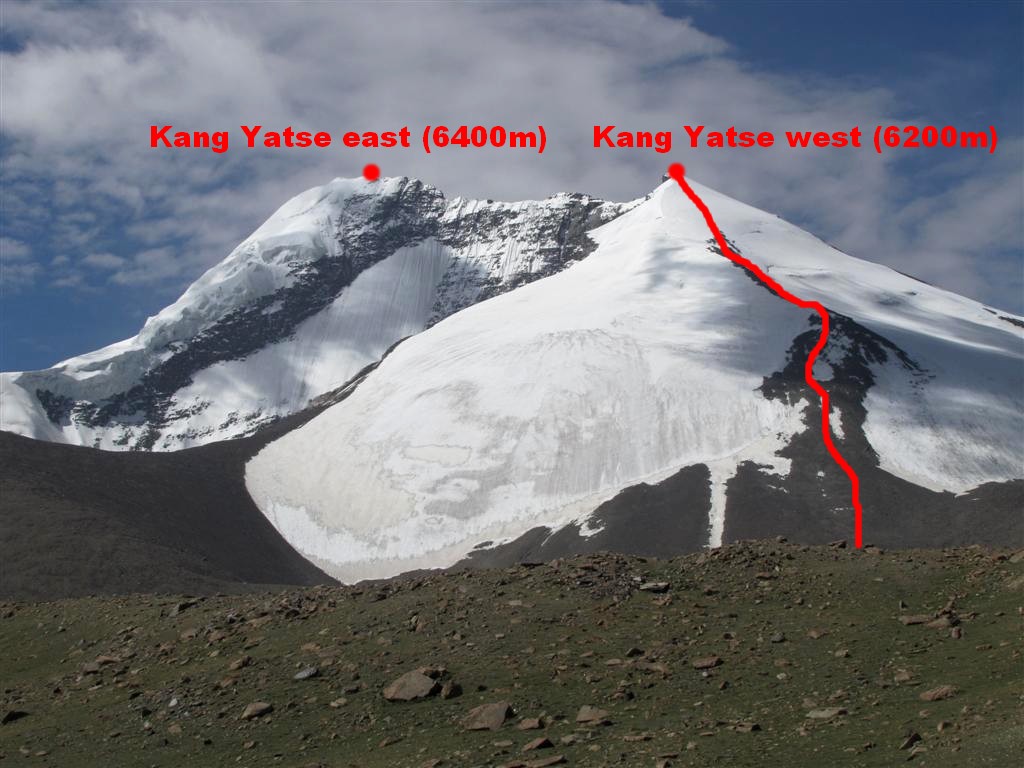 From base camp, the summit can be reached in two day and half way the slope of the mountain an advanced camp should be arranged.

The route to advanced camp.

Two routes seems to be possible, one through an ice fall and the other over a steep rock slope. The first route is indicated with the blue line in figure 1, the second with the red line.

Where the red and blue line meet in figure 1, the advanced camp should be set up. A couple of tents can be pitched at this place. Jerry states that he prepared a campsite in 2010.

The first part above high camp is not so steep, but just before the summit the terrain becomes steep. Just above advanced camp you need to climb a 50-60 degree narrow ridge like terrain for an hour or so, until you reach a plateau like area. From here the main climb starts. Figure 1 shows a generic route above this plateau, but you can decide a suitable route yourself, since conditions are different every year. Difficulty levels should be about the same on any route that you choose above the plateau.

Close to the summit the snow may be hip deep and so it will be very exhausting to climb or walk. Bringing snow stakes might be more helpful than ice screws. You might need 6 to 8 anchors.

After 8 AM the heat unpacks the snow, so your boots will dig (hip) deep and climbing and descending will be laborious. This means that around this time you should already have started the descent. Karn had a hard time getting down and had to descend the other side of the mountain. The needed to bivvy there for the night, which was not very pleasant.
Other pictures with routes found on the internet:

Figure 3. This route seems to indicates advanced camp on the snow plateau.(Source: http://www.moran-mountain.co.uk/moran-mountaineering/Ladakh-Kang%20Yatze.html) 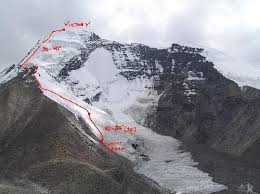 Finally some more close up pictures of the mountain: 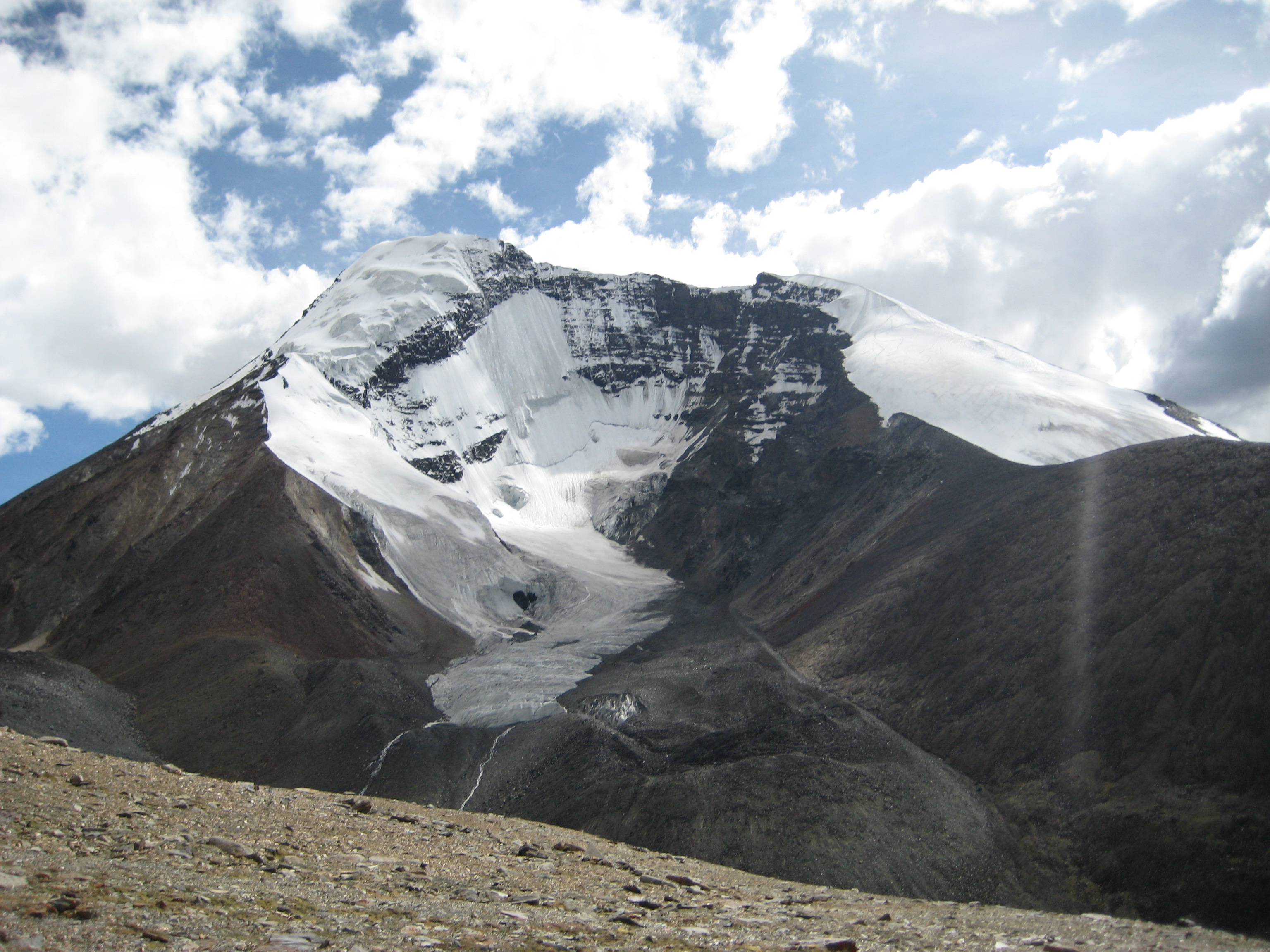 Figure 5. Mountain and close up of start ice wall. (Pictures made by Hein Duijnstee)

Figure 6. Upper part of Kang Yatze I. (Picture made by Hein Duijnstee)